“Change is inevitable. Personal growth is a choice.” – Bob Proctor

My beautiful Irish father used to say, “Sure, you are a long time dead” in response to questions I might ask about what to do in certain situations. I reckon he meant “live your life while you can and don’t be too concerned about everyone else and what they think.”

Do you ever feel that you should be able to, do more, be more, and have more? But don’t. Do you know people who are no smarter than you who seem to power ahead while you stay stuck?

Here’s the thing – you probably already know enough (and can do enough) to make a massive improvement in your results – personal and business. The challenge is to do what you know! Learning how to think, so you behave effectively, is a skill rarely taught anywhere and is a big part of the reason most have a gap between what they “know” and what they “do”.This is about becoming aware of your “mindset” (all those beliefs and habits) created by years of repetition by your family, school and community. Some habits serve you well while others need to be intelligently interrogated and replaced.

My portfolio life, partly shared here, is based around helping people find and then turn their purpose into prosperity. For most, this isn’t even hard, it is more about getting out of their own way and getting on with making positive progress towards the life they really want.

If you feel ‘stuck’ in any aspect of your life or the performance of your business I am available to work with you to help articulate real goals and share a proven, repeatable process that will give results that stick.

Click here if you would like to book a free 30-minute discovery session and ``The Knowing – Doing Gap`` article. 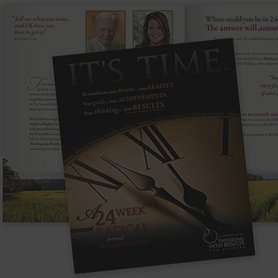 Ultimately, your thinking moves you into action and causes your results. Let's take a look at Thinking Into Results. 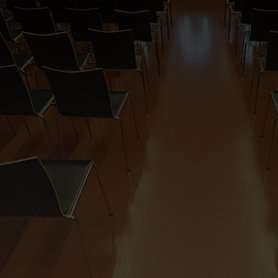 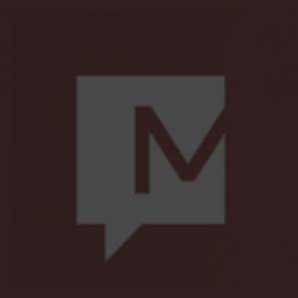 Health and environment are paramount, “Live Clean” is more than a buzz phrase, it’s a foundation for so much of what we do and who we are. 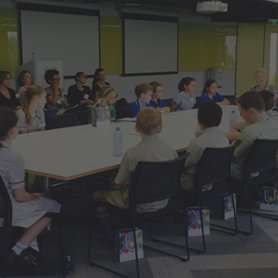 So, who is Sean Gordon

Sean helps people and organisations who are stuck, by exploring the conditioning that causes them to behave as they do, even when they “know better”. He delivers proven strategies to quickly and effectively change paradigms that are not serving them well by addressing the cause (poor thinking, bad habits, limiting beliefs) rather than the symptoms. He is a keynote speaker and is passionate about living clean and giving people the best possible opportunities to thrive.

Sean moved into the business and personal development space in 2003 after experiencing the teaching of his (now) long-term mentor, Bob Proctor. During this period he has held area and national leadership roles in the education and corporate sectors in addition to running his own business and serving as honorary CEO of the SchoolAid Trust. Sean has served on 4 Boards and led account teams for listed companies where his revenue responsibility exceeded $43 million per annum.

After serving 18 years as a principal in 4 schools in NSW and QLD and being elected to state and national executive roles, Sean was honoured with a Life Membership of the Australian Primary Principals Association for his contribution to education in Australia. Sean coaches school executive teams and is available for teacher professional development days where his experience in education and the business sector brings a new dimension to goal setting, team collaboration and the development of a high performance culture.

Originally from Tumut in the Snowy Mountains in NSW (Australia), Sean now lives at Redcliffe in Queensland with his wife Jo-Anne where they share the parenting of 4 children aged 17 – 22. He is a keen cyclist, enjoys the gym, coaching, reading, speaking, travel and time at home with family and friends.

In 1997 Sean was the on-site leader of the State Emergency Services (SES) team at the Thredbo landslide and was there to hear the voice of Stuart Diver when he was discovered below the rubble – an experience that changed his life and inspired a charity. In 1999, after reflecting on his experiences as a parent, principal and rescue volunteer Sean founded SchoolAid a national charity that uses “giving” as a tool to combat the rising incidence of youth suicide, depression and anxiety. SchoolAid has now involved over 60% of Australian schools, raised approximately $5 million for causes around the world and has the Governor-General of Australia, The Hon. Sir Peter Cosgrove as its inaugural Patron. Today he is the CEO of SchoolAid and has a number of business interests around coaching, speaking, health and education.

What others have said about Sean Gordon:

“A brilliant communicator … Sean Gordon makes an inspiring impact with his life.”

“Through his leadership and involvement with principal associations, Sean is able to connect and build strong relationships with a range of people. Sean has that unique ability to inspire people to think and act beyond their immediate self. He brings out the best in people. People will find it very hard to say no and more than not, will commit generously due to wanting to feel a part of something positive, innovative and proactive. He speaks passionately and engages his audience in the topic. His humility is evident and he constantly seeks ways to put others at the centre of his work. Sean displays passion, commitment, integrity and has strong work ethic.”

“Sean has an excellent balance of community, commerciality and leadership. His untiring work with SchoolAid demonstrates his sense of community awareness and drive to galvanise Australians to help those in need, which, when combined with his strong business background and leadership skills is a very powerful combination that gets results.”

Sean is the consummate sales professional. His strength is building strong, long term relationships and being able to draw on and utilise a broad range of resources to deliver the best possible outcome for the customer and the business.

His ability to assess a situation calmly and objectively was always reassuring, as was his astute understanding of the balance between meeting the needs of the business with those of its customers. Sean has an innate ability to focus on the positive and to bring out the best in those around him. He is a highly engaged, inspirational leader and a valuable asset for any organisation.

I worked with Sean for several years, starting 2008. He is an inspiring speaker, leader and motivator, and yet can be a genuine team member, as well. Sean demonstrated a philosophical approach to great changes within our business model, seeing them as a valuable life lesson and a challenge, rather than a problem. He was a delight to work with.

Sean is a life member of the Australian Primary Principals’ Association because he has the respect of primary principals across the country for his capacity to lead schools courageously while caring deeply for children.

I aim to inspire and support growth wherever I engage in life. I am an energetic, curious and a creative self-starter and some say, a serial entrepreneur. It seems to me that nothing happens until someone sells something, be it a vision, policy, product, service, or concept. I am passionate about education for wisdom, not just knowledge acquisition to pass tests or to comply. I support the development of well-adjusted, contributing members of society where hope, optimism & abundance thinking is the norm, not lack and limitation driven by fear. I’m convinced that education is the cure to the scourge of ignorance behind every problem we face (poverty, violence, intolerance, ill health, environment, discrimination, underperformance). I am convinced that we have to change the narrative and celebrate the amazing opportunity and abundance on offer rather than gazing at the bad news we seem so fixated on – we owe this to the underprivileged and our kids. I believe that in order for me to win, you don’t have to lose. I reckon that hope can be caught and taught and that laughing is good for you. With wisdom we put our knowledge and skills to good use. I love life, health, my family, friends & learning.

I am available for keynote speaking, workshop facilitation, personal or team coaching with a focus on improving results by changing mindsets using proven strategies.